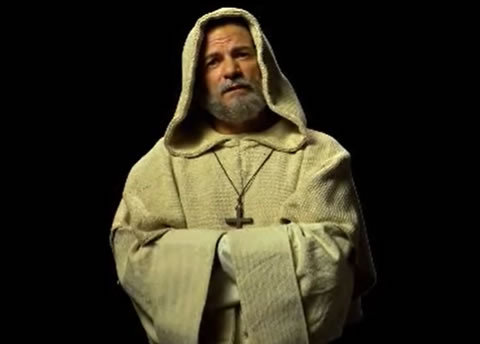 Gioacchino da Fiore was born in Calabria in 1145. Since 1191 he was abbot in the cloister he founded in San Giovanni in Fiore, and died here in 1202. In the Divina Commedia, Dante placed him in the “Cielo del Sole” (The sky of Sun), because of his prophetic spirit. Gioacchino wrote three important works: Concordia Novi et Veteris Testamenti, Expositio in Apocalypsim, Psalterium decem chordarum.

E-bag realizes small and big holograms using different techniques.
During the event images of some historical figures were projected: